On April 14, the European Union (EU) adopted a regulation that, by 2030, will reduce fluorinated greenhouse gas (F-gas) emissions by 79 percent from today’s levels. The adoption of the F-gas regulation is the result of efforts by industry, policy makers and non-governmental organization (NGO) stakeholders to advance alternatives to hydrofluorocarbons (HFCs) with high global warming potential (GWP), and is in response to a growing global debate and proposed actions regarding high-GWP refrigerants.

U.S. industry began to engage on the impact of refrigerants as early as 1980 and organized the Alliance for Responsible Atmospheric Policy, which, in an effort to address the issue of stratospheric ozone depletion, proposed a global mechanism to phase out the production and consumption of ozone-depleting materials, including chlorofluorocarbons (CFCs) and eventually hydrochlorofluorocarbons (HCFCs). Progress came in 1987 with the adoption of the Montreal Protocol. As a result, the use of HFCs – non-ozone depleting substances – increased in many applications. Although in most cases HFCs have lower GWPs than CFCs, the most commonly used HFCs still have GWPs that are 1300 to 4000 times greater than carbon dioxide (CO2). For this reason, HFCs have been subject to increased scrutiny.

Adoption of the Montreal Protocol did not end the debate. In the United States discussions continued, with ensuing phasedown legislation like the Waxman-Markey Bill (American Clean Energy and Security Act of 2009), which passed the House of Representatives but failed in the Senate, and the North American (Canada, Mexico and USA)-proposed amendment to the Montreal Protocol for a global HFC phasedown. Although the European F-gas regulation closely resembles these two previous proposals, the F-gas regulation requires a steeper phasedown and will reach its first milestone – an emissions reduction of 37 percent – as soon as 2018. The market supply of HFCs will be controlled by a quota system to which refrigerant producers and importers can apply. Sectorial bans also will play a role in the phasedown of the refrigerants in Europe, but it’s likely the U.S. will rely more on market forces to meet the over-arching phasedown objectives.

The concept of abatement costs – the costs incurred by a business to reduce or eliminate byproducts created during products – can be useful in determining the most obvious applications to switch to low-GWP refrigerants. Because reasonable abatement costs (in this case, around $30 per ton of CO2 equivalent) normally are offset by advances in refrigeration technology, the research and development capabilities of industry play a key role in a successful phasedown. However, this technology challenge demands resources, and industry tends to invest its resources based on legal certainty. The F-gas regulation should thus encourage industry investing within the EU. While the F-gas regulation is stimulating debate in the rest of the world, the likely results are not clear.

Local and Global Implications of the F-gas Regulation

The implications of the European phasedown are numerous, and could result in any of the following scenarios:

Technologies with anticipated low abatement costs will be most affected by the EU’s F-gas regulation. This refers to applications where technology development will most likely happen due to good business cases or even steered by bans. Today, CO2 is used in food retail applications with large charges like supermarkets, and hydrocarbons are commonly used in applications with small charges, ranging from household refrigeration to small air conditioners and light commercial refrigeration. In fact, hydrocarbons are similar to HFCs in thermodynamic properties, so the selection of components and resultant energy efficiency are similar.

Developments in CO2 technology have surprised many in the industry, and have, in some cases, disproved the mantra that CO2 is thermodynamically unsuitable as a refrigerant. Rather, CO2’s favorable thermo-physical properties support the use of the refrigerant. In certain applications, CO2 offers heat recovery capabilities, which can decrease emissions and energy bills by reducing heating costs.

Companies exporting to the EU should be aware of the F-gas regulation, especially the timelines and the bans it defines. Not all bans have yet to be clearly defined, but, despite most sectorial bans being some years away, the market is expected to begin reacting very soon. What happens when the law is interpreted into actual market solutions is critical, and to address these concerns the European Commission expects to develop a set of questions and answers over the next few months.

As a leading global manufacturer with a strong presence in the EU, Danfoss continues to lead the HVACR industry in delivering products for HFOs, CO2 and hydrocarbon applications. More than a decade ago, Danfoss developed a method of evaluating the business risk of low-GWP solutions, taking into account all factors within technology, safety and cost. This led to the development of CO2 components for industrial and commercial refrigeration — the result of close collaboration with original equipment manufacturer (OEM) partners and contractors in the industrial and commercial sectors. Today, Danfoss offers a comprehensive portfolio of components for CO2, hydrocarbons and ammonia (NH3) applications. In addition, partnering with national and international food retail chains, Danfoss has initiated a comprehensive development program for electronic controls, including full store controllers for CO2 applications with heat recovery.

Learn about its energy-efficient solutions at http://www.danfoss.com/SolutionsReady/. 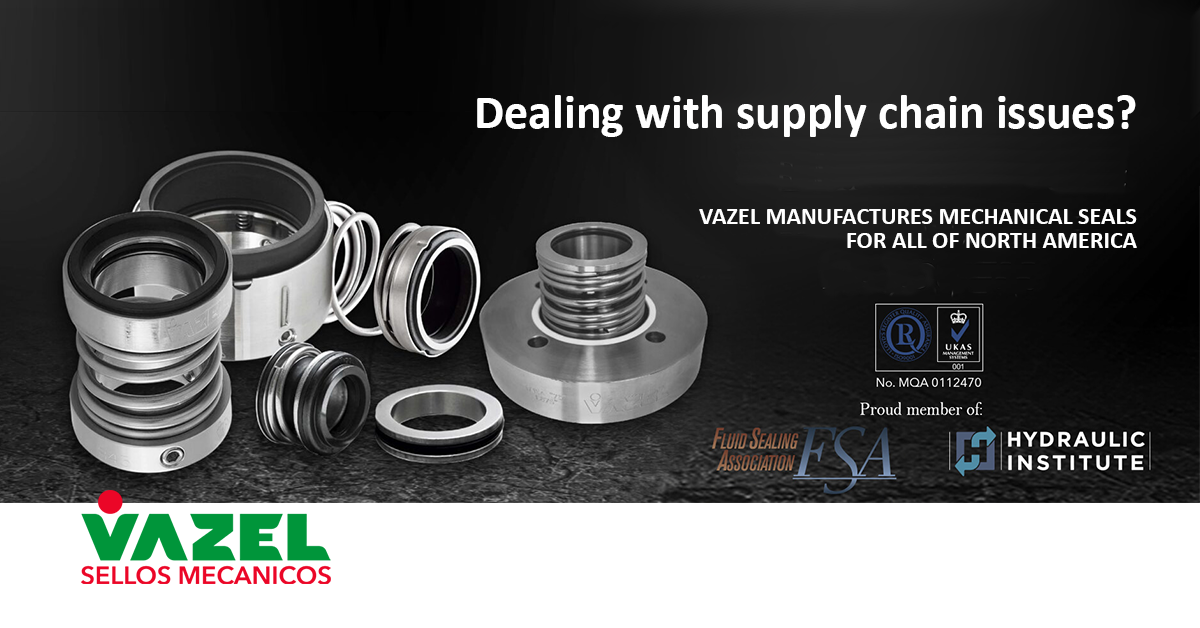 What’s in it for you, when it comes to motor independence?

Contributor: Danfoss Prevention of downtime, faster recovery from failures, optimized system performance; as a plant or site manager are these theoretical…

Bottling is more competitive when it is sensorless

Contributor: Danfoss The Tavina bottling plant in Salo, Italy has a capacity of over 100,000 bottles per hour, equivalent to a…

There are many styles of heat exchanger gaskets and most have complicated rib designs or partitions. In this document from Durlon® Sealing Solutions, download some…

How To Troubleshoot A Magnetic Drive Centrifugal Pump

Magnetic drive pumps are a great alternative to traditional mechanically sealed pumps especially when pumping corrosive, dangerous, or expensive fluids.  While usually categorized as a…

Check Valve Sizing is More Important Than You Think

It is surprisingly common for check valve sizing to be an afterthought in the flow control/fluid process industries. Often marketed together with gate and globe…